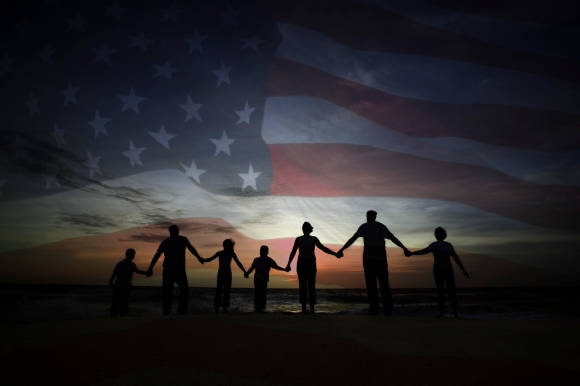 I am a millennial, a member of Generation Y, a college student and an avid technology user. More often than not, as I sit on my laptop at home, I put myself in the line of fire of my mother’s campaigns against technology. “You spend hours on that thing! Hours! Why don’t you get off and read a book?”

Both my parents are avid readers. They constantly try and guilt trip me out of hours of social networking with cries like, “do you think great men like Thomas Jefferson and Abraham Lincoln would’ve sat on a computer?!”

Perhaps I’ll tweet that quote to my friends, but nonetheless their tirades give me pause. I begin to doubt the uses of social media. I begin to sympathize with their points of view and think that maybe social media is the reason why my generation can’t read the classics or concentrate in class. I begin to think that maybe I should deactivate my Facebook and Twitter accounts and spend all my hours with my dad’s favorite classic –The Iliad.

But on 9/11 of all days, my faith in the goodness of social media is restored. Today, a day which will live in solemnity for all Americans for as long as this country exists reminds me why social media is so important for my generation.

Let me explain why.

I am a Chicagoan. I hail from the suburbs and go to school in the city. This is the only life I have ever known. While I wouldn’t consider myself sheltered in any way, I know I am relatively unconnected from the rest of the world. I use my Facebook and Twitter mainly to keep in touch with local friends and wish people happy birthday, never to stimulate reflection on world events.

I had never really taken the time to reflect on that until today. Today, I logged into Facebook and saw the momentum of a generation whose obsession with social media has compelled them to action. It happens every year, but as I grow older I am even more impressed by the social media movements that focus around the events of our lives, and today specifically, 9/11.

Eleven years later, my newsfeed gleams with red white and blue as many of my hundreds of Facebook friends post about 9/11. I see status’ thanking our armed forces, remembering a lost family member or simply reiterating how great our country is in the face of adversity. How eleven years later we haven’t forgotten the sacrifices of our soldiers, firefighters, policemen, and civilian heroes.

I click on my class Facebook page and see that one girl has posted the simple prompt “Do you guys remember 9/11….? :(“ A couple hours later that post has fifty some comments, each telling an individual story.

There’s a reflection from a Chinese student, who rode to the top of the World Trade Center his first time in America, the summer of 2001.

A girl from Bangladesh tells how in her house “the hours after the attack were spent in trepidation,” fearing for the lives of their relatives in New York.

Most touching was the reflection of a student who was at his dad’s office that day and had a clear view of the event. He recalls how his horrified father whispered to him “we all just witnessed mass murder.”

And finally there are the stories of those who lost loved ones, putting their stories out in public, across all media platforms for support and to tell the world that this wasn’t something to be removed from. This is personal.

Facebook is only the beginning. My Twitter feed yields more. Today I discovered, and chose to follow the 9/11 Memorial Twitter feed. For hours now, I have been receiving updates remembering those who lost their lives or were otherwise affected by the accident. The newsfeed chooses to re-tweet as many stories as possible. In this way, I have heard from complete strangers- from marines and firefighters, to politicians and celebrities, all portraying the same message: we will never forget.

Older generations may judge. They will look at us and say “they are too caught up in their electronics and instant messaging.” But they don’t understand. We are part of something. Generation Y is growing up to be a generation of movers and shakers. Because of our passion for social media, we are connected. My vision of 9/11 has been shaped so much by social media. Facebook gave me the chance to read my classmates’ first hand stories, and Twitter linked me to people I most likely will never meet.

This is our legacy. We may occasionally waste time on our computers and smartphones but when we want to get our message across, we do it. Whether it is to campaign for our politicians, promote a charity or cry for justice Generation Y will get it done.

And the message we put out there today is one that connects us not only as a nation, but as a generation across the globe. We will never forget.